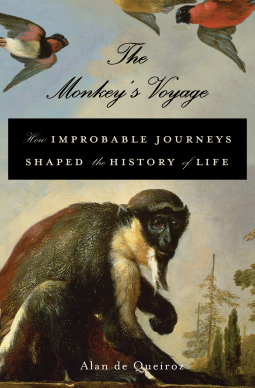 There have been several times in the Earth’s natural history, when there existed just one giant continent, the last of them is known the best – Pangaea. It started to break apart some 200 million years ago and since then the animals living on different continents have gone their own ways, evolving into different species that might only exist on one specific locality.

But then there are species that are known to have evolved in a certain place after Pangaea broke apart, and similar animal species can be found on other continents. How did they get there?

That is the main question in this book.

There are several ways for dispersal of species – one way is across a land bridge, that might be under water now, but in historic ties was dry land that connects two continents – that is one of the simple explanations. But then there are others, volcanic islands in the middle of the ocean, that have animals related to some on the nearest or maybe not too near continents – how did they get there? Some animals can swim quite well and would survive the trip using just their own body-strength, and birds of-course are easy enough to explain away (unless they’re flightless), but frog for example – they can’t survive for long in salty water, and there’s no chance that they’d just swim hundred of miles.

De Queiroz writes about how certain species might have survived on some natural rafts and ended up in different places.

In general the book’s idea is interesting, but there are a lot of specific examples that lost me for a while.