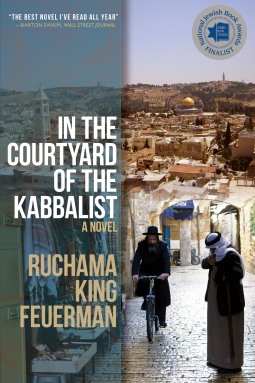 n the Courtyard of the Kabbalist by Ruchama King Feuerman

Jerusalem. Isaac Markovitch has left behind his life in the US and moved to Jerusalem and has started to work as the assistant to a rebbe (according to Dictionary.com: rebbe – a teacher in a Jewish school or a title of respect for the leader of a Hasidic group), who’s purpose is to help the Jewish people who come to him searching for advice. They might be there because of an illness, or trying to find a good way to find a husband.

Mustafa is an Arab who works on the Temple Mount as a janitor. He has lived his whole life with a crooked neck that pains him. His mother has driven him out of his home village and doesn’t allow him to return. Mustafa meets Isaac, and a relationship develops, Mustafa is hoping that maybe Rabbi Isaac as he calls him, can fix his neck. 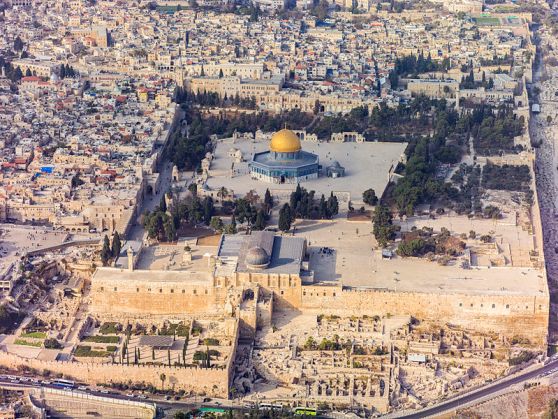 The Temple Mount has been used by several religions as a holy place and hence is seen as one even now. According to the Bible, there have been two Jewish Temples on the Temple Mount. For the Sunni Muslims it is the Noble Sanctuary, where the prophet Muhammad ascended to Heaven. It has also been used by Christianity and Roman religion.

One day Mustafa sees something in the rubble that the workers are digging up on the Temple Mount – something that looks like a ball.  He takes it to Isaac as a gift.

The novel is about the relationship between Mustafa and Isaac, but also about Isaac “finding himself”, but there is also the arising question of the relics that are unearthed on the Temple Mount that Isaac thinks are of Jewish heritage, but the Muslim workers are digging there with shovels not paying any attention to the pieces of vases, etc. except for Mustafa, who decides to take care of them, despite them not having any worth for the Muslims.

“In the Courtyard of the Kabbalist” is an interesting book, with curious characters, and a thought-provoking premise, containing also themes of Arab-Jew relations.

I found it a good read, although I think I might enjoy it more second time around, knowing what the book is about. There were quite a lot of religion specific words that I had to look up in a dictionary. I don’t think that any previous knowledge of Judaism or Islam would be essential for understanding the plot, as the author explains the necessary concepts and ideas (like what is the importance of the Temple Mount and the relics, etc.

For other books about Jewish-Muslim relations, Israel, etc., see these:

Mornings in Jenin by Susan Abulhawa

The Lemon Tree by Sandy Tolan

The Secret Life of Saeed the Pessoptimist by Emile Habiby

I got a chance to have this title as an e-book for review via NetGalley.com